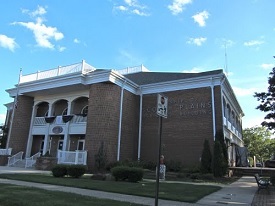 About the LS&P Lawyers Defense Attorneys

The most valuable right you have is the right to counsel. At LS&P Lawyers our attorneys are skillful and accomplished criminal defense attorneys. We have spent the last three and a half decades successfully representing clients charged with or arrested for criminal, traffic, and DWI offenses throughout the state, including in Scotch Plains. At our firm we have a former prosecutor now fighting for the rights of individuals accused of crimes and an attorney certified in DWI defense. He has certifications in the Alcotest machine and procedures and the Field Sobriety Test used by police in drunk driving arrests. Few attorneys in the state have these qualifications. These unique attributes allow us to identify weaknesses in the State’s case develop a solid defense strategy on your behalf. If you facing a criminal complaint, traffic offense (ticket), or DWI charge in Scotch Plains we are available for a free consultation today.

Should I get a Lawyer for my Scotch Plains Municipal Court Appearance?

Yes. The Scotch Plains Municipal court tries those who have been charged with a disorderly persons offense, traffic violation, or DWI. A disorderly persons charge is a minor criminal offense (often referred to as a misdemeanor in other states). Examples of a disorderly persons offense include underage drinking, possession of marijuana, possession of drug paraphernalia, simple assault or harassment, among many others. Although these may seem minor in the grand scheme of things they can have major consequences. A conviction will result in a criminal record that could affect your employment and educational opportunities. It can also result in a large sum of fines, fees, community service, probation, and even jail time

The Scotch Plains Municipal Court is presided over by Hon. Antonio Inacio. He received his law degree from Temple University and has 28 years experience practicing law.

Scotch Plains is an affluent suburb of New York populated by over 22,000 people. Its proximity to Route 22 causes police officers to write plenty of traffic tickets to those driving through the town. Similarly, a large youth population makes traffic violations and disorderly persons offenses such as such as underage drinking, possession of less than 50 grams of marijuana, simple assault, or shoplifting prevalent. The municipal courthouse in Scotch Plains routinely hears an average of 5-10 disorderly persons cases, as well as 30-35 DWI violations and traffic ticket violations weekly.

The lawyers of LS&P Lawyers will recommend the best course of action for you. Call us to arrange an initial consultation. As always it’s free. Our offices of LS&P Lawyers are located at 123 North Union Ave in Cranford, NJ 07016.