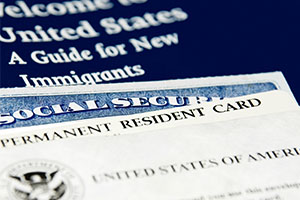 U.S. Citizenship has been the ultimate goal for most immigrants living in the U.S. For those not born in the U.S., the traditional way of getting one's citizenship is by applying for naturalization after waiting five years of being a permanent resident or a green card holder (three if one is married to a U.S. citizen). What most people don't know is that there are other ways of acquiring U.S. citizenship. Some people may not even know that they are already U.S. citizens.

Automatic Citizenship by Naturalization of Parent

The Child Citizenship Act of 2000 (effective on Feb. 27, 2001) made the child who is below 18 years old an automatic citizen if one of his parents naturalizes. The child's citizenship is granted by operation of law. This means the child does not even have to do anything but he will be considered a U.S. citizen.

Prior to this law, there were different criteria on how to derive automatic citizenship through the naturalization of parents. Depending on the date the parents naturalized, an automatic grant of citizenship may require that both parents have naturalized, or that the child is legitimate, or that the child has been a permanent resident for at least five years. The rules can be complicated.

Birth Outside the U.S. to U.S. Citizen Parent/s

There are many benefits to an automatic citizenship. One of which is a defense against deportation.