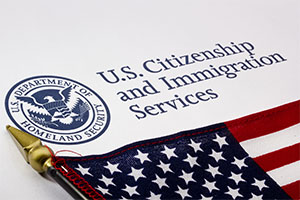 There are two ways of becoming a U.S. citizen. One way is by operation of law, where the person does not have to do anything to be granted citizenship. For example, being born in the United States automatically confers citizenship on the person. The other way is by naturalization. This involves a process of applying and proving legal eligibility for US citizenship.

There are five basic requirements for a person to be eligible to apply for naturalization: (1) he must be a US permanent resident; (2) he must be at least 18 years old; (3) he must meet the residency requirement; (4) he must have good moral character; and, (5) he must be English literate and have knowledge of US history and government.

At the time of filing the application, the applicant must 18 years and older.

There are three components of the residency requirement: continuous residence, physical presence, and residence in the state of application.

There are exceptions to the five year continuous residence requirement. These exceptions include, but not limited to, those married to a US citizen, VAWA applicants, those working for certain US government agencies, etc.

Applicants will be tested on their ability to read, write and speak ordinary English. An interview will be conducted in English which will involve asking questions regarding the application and the applicant will be expected to answer in English. The written test involves writing a simple sentence in English.

An applicant will also have to pass a test on American history and government. This test will be given orally.

Those applicants who are over 65 years old and have been permanent residents for over 20 years can receive special consideration in the civics test.

Any applicant who fails the examination will be given a second opportunity to try and pass it. The application will be scheduled for another test within 90 days. For additional information on citizenship and naturalization, please contact a NJ immigration attorney at LS&P Lawyers.

New Jersey Lawyer News - Citizenship and Naturalization
Practice Areas
Client Reviews
★★★★★
Today I have a greencard, and I cannot thank Mr. Lubiner enough for all the hard work he put into my case. He is one of the most committed and knowledgeable lawyers I've worked with, and I highly recommend him and his practice. Lilia B.
★★★★★
I want to thank LS&P Lawyers for its help and guidance throughout my application. They made my process smoother and easier. Rob and I felt a lot more secure having them as our lawyers. I am very happy everything went well and I got the approval. We will get in touch when the next step to take is near. Once again thank you!!! Lucia H.
★★★★★
Before going to LS&P Lawyers, I consulted 3 immigration law firms and all of them told me they can't help me and will not be responsible for me being deported back to the Philippines. At LS&P Lawyers, the attorneys told me that I will get my green card and showed me the legal basis. I felt greatly relieved and a new hope emerged. I'm so thankful to God for this blessing and commend LS&P Lawyers because I am now a green card holder. Conrado B.
View More
Submit a Law Firm Client Review