What can I do About my DNA Records? 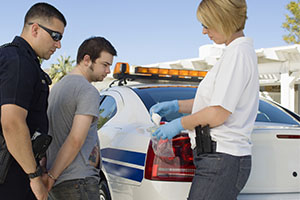 On June 3, 2013, the Supreme Court ruled that it was legal for police to take a DNA swab from anyone arrested for a serious crime. A practice already used by many states already, including New Jersey, this allows for the police to be able to identify an arrestee and check to see if they had committed any previous crimes. A total of 13 states collect samples from people arrested for any felony crime, while 15 states collect samples from people arrested for violent or sexual crimes. New Jersey is one of the latter states, only collecting DNA samples for certain violent crimes.

While this may help close unsolved cases, some people are worried about the future of this process. Will it stop at felony crime, or will one day being arrested for anything be enough to take a DNA sample. Justice Antonin Scalia said after the ruling, "Make no mistake about it: Because of today's decision, your DNA can be taken and entered into a national database if you are ever arrested, rightly or wrongly, and for whatever reason."

In New Jersey, if you are found not guilty of the crime you were arrested for, you are not doomed to remain in the DNA database. You have the right to expunge the record from the database under Title 53 of New Jersey Statutes.

Call our New Jersey criminal lawyers for a free consultation at (908) 709-0500 if you are a candidate to have such DNA records expunged.