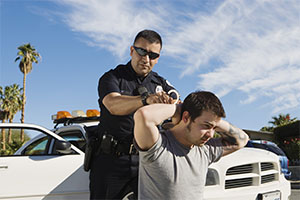 When a police officer lawfully arrests you, you are legally obligated to comply. Any attempt to break loose, escape, or otherwise resist is considered a serious crime. The laws that address resisting arrest in New Jersey are quite stringent. A conviction can result in significant penalties, including a prison sentence, exorbitant fees, and a criminal record. It is not at all uncommon that those who have been convicted of resisting arrest face great difficulty in their professional and personal lives far into the future, even after their sentence has been fulfilled.

If you are currently facing charges of resisting arrest, it is in your best interest to not speak with anyone before you consult with an attorney. Contact the experienced New Jersey criminal defense legal team at LS&P Lawyers for reliable legal guidance and quality representation. We will review your case and give you our honest, informed opinion on your chances at fighting your charges. Our toll-free number is (844) 288-7978.

What are the Penalties for Resisting Arrest in New Jersey?

Resisting arrest, also referred to as "eluding an officer," involves the purposeful evasion, whether attempted or successful, of a law enforcement officer who is making an arrest. According to N.J.S.A. 2C:29-2, the simple act of preventing or attempting to prevent an arrest may be considered a disorderly persons offense, which carries with it a potential jail sentence of up to six months. The offense may be upgraded to a fourth degree crime if an attempt to run away is made (i.e. "flight" or "fleeing). Such a crime can result in a prison sentence of up to 18 months.

If an arrestee threatens to use force or violence against a police officer or creates a hazardous situation during an arrest, he or she may face third degree criminal charges, the penalties of which include a prison sentence of up to five years. Similar penalties are applied to situations in which the arrestee flees or attempts to flee in a motor vehicle. If the arrestee puts pursuing officers or others in danger while fleeing in a motor vehicle, he or she can be found guilty of a second degree crime, which is punishable by a prison sentence of up to 10 years.

What are Possible Defenses for Resisting Arrest in New Jersey?

Like with any other criminal case, the prosecution bears the burden of proof in cases involving resisting arrest. They must prove that you purposefully and consciously resisted the arrest, knew you were under arrest, knew that the arresting officer was indeed an officer of the law, and that the officer was acting lawfully. A strong defense can be made based on the weakness of any of these assertions. For example, an attorney can argue that the defendant resisted the arresting officer because the officer was not readily identifiable and the defendant feared for his or her own well-being.

At LS&P Lawyers, we believe that while an attorney should be skilled and knowledgeable, he or she should also be communicative, compassionate, and honest. When a client and an attorney establish a trusting, open relationship, the chance of success becomes that much greater. Please reach out to our New Jersey resisting arrest defense attorneys for your legal needs. We will use the full scope of our abilities and experience to help you protect your freedom and your future.