Cancellation of Removal for Permanent Residents 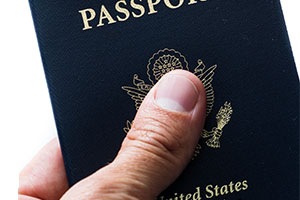 Cancellation of Removal is available for both Permanent Residents and non-permanent residents. It is a form of relief for those in removal proceedings and may just be the only form of relief available.

There are four requirements that you must meet in order to be eligible for LPR cancellation of removal.

1) 5 Years as a Lawful Permanent Resident

4) You Merit the Favorable Exercise of "Discretion"

The last requirement is often hardest to meet. You have to convince the immigration judge that you deserve to get your green card back. Even if you meet the first three requirements, the judge gets to decide whether, in his or her judgment, you deserve his favorable discretion. In making this decision the judge will consider several aspects of your life including any family you have in the US, how long you have been in the US, how hard it will be for your family if you leave, whether you have served in the US military, and your job history. If you have a criminal record, the judge will look at the crimes you have committed and whether you have shown that you won't commit crimes in the future. The judge can also consider any thing else he or she is told about you.

Cancellation of removal cases are complex. They require that you gather a great deal of information and documentation in support of your case. If you have a criminal record, it may be hard to figure out if you meet requirements 2 and 3. It is always a good idea to have an immigration attorney represent you and help you with your case. Call the New Jersey immigration law attorneys at LS&P Lawyers.