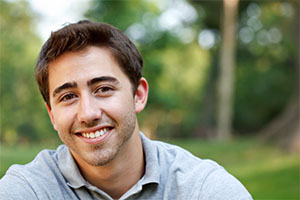 In immigration, a person's 21st birthday is a very important event. The definition of Child in the Immigration Act is a person under 21 years of age. The event of turning 21 moves a person out of the visa categories with shorter waits, and into the categories requiring longer waits since they are no longer a "child", although they of course are still a son or daughter. Since turning 21 results in moving out of the quicker paths to a green card, this event is often called "aging out."

One of the times CSPA helps is when parents who are either green card holders or citizens are trying to help their children get green cards. CSPA also helps when a visa petition is filed for a parent.

For example, when a US Citizen files a visa petition for their sister, immigration law says the sister's spouse and children who are under 21 are eligible for green cards at the same time as the sister. Unfortunately, the visa category for siblings of US Citizens has a very long wait time. Due to this long wait, a lot of children who are under 21 when the visa is filed for their parent "age out" before visas becomes available for their family. In some of these cases, depending on the timing, a young adult's age for immigration purposes will remain below 21, allowing them to get green cards at the same time as the rest of their immediate family.

The law is complicated and every case is different. If you think CSPA might apply to you case, you may want to talk to an immigration attorney. The attorney will be able to explain how the law applies to your specific circumstances.

How CSPA Works for Sons and Daughters of US Citizens

Here is how CSPA works for sons and daughters of US Citizens.

Visa Petition Filed After the Parent Became a US Citizen

Normally, if a US citizen petitions for their children who are under age 21, those children are immediately eligible for a visa as long as they are still under 21 when they get their green card. But actually getting a green card often takes a while even after the petition is filed. Because of CSPA, people who "age out" during the time between when a petition is filed and when they get a green card are still under 21 for immigration purposes.

For example, if a father becomes a US citizen and files a visa petition for his daughter while the daughter is 20 years old, the daughter remains immediately eligible for a visa even if she turns 21 before her visa or adjustment application is approved. Even if the daughter waits to finish her education in her home country and doesn't end up applying for an immigrant visa until she is 24, she is still is under 21 for immigration purposes.

Visa Petition Filed Before the Parent Became a US Citizen

However, if the father becomes a citizen after his daughter's 21st birthday, CSPA doesn't help. Even if the visa petition was filed BEFORE her 21st birthday, the important date is the day her father became a citizen. In this case, her age for immigration purposes would be the same as her actual age.

What can I do?

If you are a parent hoping to get your son or daughter a green card through their relationship to you, there are a few things you can do. First, check to see if your children are already citizens by operation of law. The law about when children become citizens is complex and you should check with an immigration attorney. Second, as soon as you get your green card or as soon as possible thereafter, file a petition for them. You should try to do this before your child turns 21. Third, if possible, become a US citizen before your children turn 21.

All these steps can help you preserve the ability of your foreign-born children to get their green cards as quickly as possible. Doing this is not a guarantee of success though. Every case is different and if you have questions, you should talk to an immigration attorney.

How CSPA Works for Family-Based Preference Relatives and Derivative Beneficiaries

USCIS takes a long time to process visa petitions. Some petitions take years to get processed. Then, for many people, there is more waiting. When a visa petition is approved, USCIS determines what immigration category the people benefiting from the petition fall into. Many of these categories have many people in them and very few visas available, resulting in long waits.

One of the major goals of CSPA was to help young adults affected by these long processing times and long waits for visas.

Under immigration law, when a petition is filed for a parent, their children who are under age 21 get automatically included in the petition. In the usual type of case, the children are still under 21 when their family becomes eligible for visas and the children are therefore eligible to receive visas at the same time as everyone else in their family. CSPA helps some of the young adults who turn 21 between the time the visa is filed and the time their family becomes eligible to receive visas. Before CSPA, these children wouldn't get green cards with the rest of their family because they would have "aged-out." CSPA changed that.

To do keep children from aging out because of processing delays, the government doesn't count the time the visa petition was waiting for approval towards the person's age.

Here is a basic example. If a young adult is 23 when visas become available for their family, but the visa petition was pending for 3 years, the young adult is only 20 years of age for immigration purposes. The young adult has not aged-out and therefore is eligible to receive a visa along with the rest of their family.

Imagine a family made up of father Tony, mom Maria, son Alex. Tony is a skilled worker eligible for a green card under one of the employment-based immigration categories. Two years ago, when Alex had just turned 20, Tony's employer filed an immigrant petition for him. USCIS took 18 months to process the petition and a visa just became available today. Right now, Alex is 22, but his age for immigration purposes is 20.5. This is because the government took Alex's actual age and subtracted the 18 months the petition was pending. Here is the math: 22 years old – 18 months processing time = 20.5 years old for immigration purposes. In this circumstance, Alex is eligible for a green card at the same time as his dad and mom.

Now, imagine Alex has a younger sister, Lucy. Lucy was 18 when Tony's employer filed the visa petition. Today she is 20. In her case, CSPA does nothing. Her age for immigration purposes is 20, the same as her actual age.

Now, imagine Alex has an older brother, Mark. Tony's employer filed the visa petition the day before Mark turned 21. The visa became available the day before Mark turned 23. CSPA doesn't help Mark. His age for immigration purposes is 21.5. Here is the math: 22 years and 364 days old – 18 months processing time = 21.5 years old. Even if you subtract 18 months from his actual age, the number doesn't get below 21. Mark would NOT be eligible for a green card at the same time as the rest of his family.

CSPA is very complicated and applies differently in each situation. An immigration attorney can help you figure out the math for your specific case.

What can I do?

If you are a US citizen or green card holder hoping to help your relatives immigrate, you can file the petitions quickly. Processing times and visa wait times vary by type of petition and change often. By filing petitions soon, you maximize the chance that your younger relatives won't "age out" before they become eligible for green cards.

If you are a parent of foreign-born children hoping to get green cards for your family through your employer, make sure your employer and any one helping with the immigration paperwork know how old your children are, especially if any of your children will be turning 21 in the next few years.

How CSPA applies to different circumstances can be very complicated. If you have questions about how the law applies to your case, contact a New Jersey immigration attorney at LS&P Lawyers.