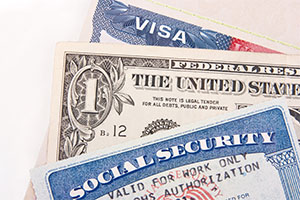 Treaty traders enter the United States for the sole purpose of carrying on substantial trade. Many are self-employed people whose trade with the U.S. accounts for more than 50% of their total volume of trade. The definition of "trade" has been expanded over the years to encompass not only goods and services, but also trade in technology. The treaty trader may also be an employee of a company that qualifies for treaty trader status, but the employment must be in a position that is either executive or supervisory in nature, or one involving essential skills.

Treaty investors enter the United States to make a substantial investment in a U.S. business, and to direct and develop the business. There is no specific dollar amount needed to qualify for this type of visa. The investment must, however, be substantial in terms of the total investment in the enterprise. The investment must be in a business that generates active income, rather than passive income such as rental property, and the business must be at least 50% owned by nationals of the treaty country, (that being the same country of nationality as the alien investor). Treaty investors may also be employees of a company that qualifies for treaty investor status, but like the treaty trader, the employment must be in a position that is either executive or supervisory, or one that involves essential skills.

Rules involving "E" visas are very complex, and there are ramifications of some treaties, including certain rules under NAFTA (the North American Free Trade Agreement) Those seeking "E" visa status should speak to our office to arrange a consultation with an experienced immigration attorney. Contact us today to discuss your immigration matter.