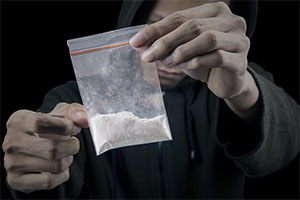 If you have been arrested and charged with cocaine possession, the penalties you are facing may surprise you. Cocaine possession is an indictable crime in New Jersey. This means that you are facing state prison time if convicted. Under most circumstance, possession of cocaine is a third degree crime. There is a presumption of non-imprisonment for third degree offenses for first time offenders. You lose that presumption with prior convictions. Nonetheless, if convicted you will have a record. Our job is to do our best to make sure that does not happen.

In New Jersey, possession of cocaine is a third degree indictable offense. The degree of the crime increases depending on the quantity of cocaine in question. The case will be handled in Superior Court at the county level.

As evidenced above a conviction for possession of cocaine will result in severe consequences. However, if this is your first offense, an experienced lawyer may be able to minimize the criminal consequences stemming from these charges. You may be able to avoid a term of imprisonment if you are eligible for probation. In addition, you may be eligible for a diversionary program such as pre-trial intervention or drug court.

Contact LS&P Lawyers to have your questions answered. The NJ criminal defense attorneys at our firm are eager to assist you. We will work avidly to defend you in the New Jersey courts.