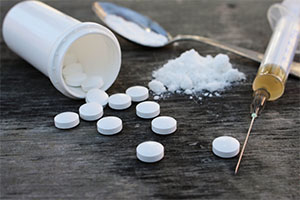 In New Jersey, it does not matter if you are successful in distributing drugs or not. It only matters if you are found with possession of drugs and there is sufficient evidence that there is intent to distribute. Intent to distribute will be determined by factors such as quantity, quality, money on hand and packaging. These factors will be weighed by the court when considering your charges and may be interpreted by an expert witness in the drug field. As stated in the New Jersey Supreme Court case, State v Summers, the expert witness’s purpose it to help jurors understand how drugs are packaged, priced, concealed, and sold consistent with distribution in high-crime areas. State v. Summers. 176 N.J. 306.

The most common drug this law refers to is Marijuana, but it also covers the full range of controlled dangerous substances such as Heroin, Cocaine, LSD, etc. Recently, the New Jersey Compassionate Use of Medical Marijuana Act was passed which legalized medical Marijuana in New Jersey. However, New Jersey has not decriminalized the possession and distribution of Marijuana. Being found with possession with intent to distribute can lead to life altering consequences.

If you have been charged with a marijuana distribution charge, getting experienced representation should be your top priority. A marijuana distribution charge can be a first, second, third, or fourth degree crime. There are a lot of minuscule factors that can influence what degree you are charged with and consequently, what punishment you will face. One case that illustrates these factors is State in the Interest of A.A.M.

In the case of State in Interest of A.A.M., even though no currency was confiscated, nor had any sales or other transactions been observed, A.A.M. was still charged with possession with intent to distribute. The car that the defendant was driving contained 87 loose vials of crack cocaine, 13 vials in an open plastic bag, and two closed plastic bags containing 100 vials apiece. Total weight of the cocaine was 60 grams. In holding that the defendants were guilty of possession with intent to distribute under N.J.S.A. 2c35-5 as well as possession with intent to distribute within 1000 ft of a school zone N.J.S.A. 2c35-7, the court noted “it boggles the human mind to conceive of two people bringing to Newark shortly after midnight a quantity of cocaine contained in 300 vials, including two plastic bags of exactly 100 vials each, from New York City, in a New York registered car, owned by neither occupant, for a purpose other than commercial distribution.” The judge went on to note that the inference was clear that the drugs were not for personal or social use. Noting the quantity, packaging, and time, as well as the ownership and registration of the car and the location the offense took place, the court affirmed that a monetary purpose existed to warrant imposition of sentencing for violation of N.J.S.A. 2c35-5.

These cases illustrate the importance of hiring an experienced criminal defense attorney to provide the best chance of drastically reducing your punishment. The punishments for these crimes can range from no jail time to up to 20 years in prison and a fine of up to $300,000.

The penalty for drug manufacturing, intending to sell, or possessing with the intent to distribute all come under the same category and the penalty is the same for each of them. However, the severity of the punishment for each offense will vary, depending on what the illegal substance is and how much of it is at issue.

The attorneys at Lubiner, Schmidt & Palumbo have extensive experience in drug cases and will provide a free consultation to discuss the merits of your case and different potential options to consider. Please call 1-908-709-0500 to speak with one of our associates.